Write a Review
average rating 5.0 out of 5
Based on 21 reviews
100% of reviewers would recommend this product to a friend
Customer photos and videos 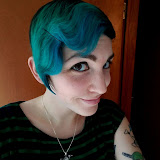 Summoning Hastur during the global Quarantine

Foremost I would love to thank Vaughn for his help over the last few months answering a bunch of questions i had and trying to time the shipments so that they could arrive as close to my boyfriends birthday as possible.

He even went above and beyond to help out to make sure the second shipment got here quicker than originally intended because I was really worried the borders would be closing since we are currently dealing with a global pandemic and the state we live in is quickly closing lots of things.

Onto the product. I bought this as a birthday present for my boyfriend since he is entering a new decade and wanted to do something really special for him since you only turn 30 once. The first mailing came addressed to him, and it managed to tie in really well with local events because there have been a lot of cancellations of concerts and plays in the area, so for him to get a ticket to something he missed because of the crazyness of the pandemic really made this feel real to him.

The little touches that MPC put in not just with the wax seal and beautiful cardstock of the initial ticket, but the level of detail they put on the website was so much fun.

The product itself when it came in was so neat. All of the paperwork that came with the box was so cool to rifle through, a lot of care went into making the antique newspapers really look and feel antique.

The physical pieces like the cylinders and the Hastur figure were absolutely beautiful.

When my boyfriend opened… 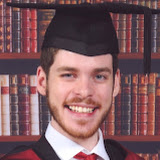 A fantastic, memorable experience. Beautifully crafted, aesthetically pleasing, and delivered in a timely fashion. A strong narrative ties together the myriad artifacts and online components, and the puzzles are complex enough to slow progression through the experience, but without being too challenging to overcome. Thoroughly enjoyable, and now on display in my home office!

21 out of 10 - would learn unknowable truths again.

Was this helpful?
LM 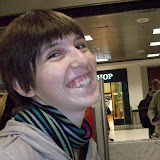 Been so much fun especially while self isolation during corona crisis. Had a blast and the tools and everything in the box are amazing. Extremely well written and produced. Will definitely try another one of these. 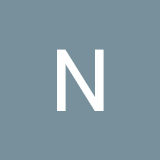 I am a Lovecraft nut, it is a serious problem with me. When I discovered MPC I was almost jumping for joy. I immediately bought both the Cthulhu crate and the Hastur experience ...the props alone make it worth the money, the Hastur puzzle is the cherry on top. However I ordered them a bit too quickly, I didn’t stop and read through the shipping FAQ and sent them to a PO Box. An experience went missing. Luckily the Concierge Vaughn was there for me, and he deserves a raise for dealing with my anxious and upset self. He was a perfect professional, one of the few times I enjoyed interacting with customer service (he also had to deal with the Bartlett Post Office...give him a bonus too, it is not easy dealing with them without losing your temper). My missing crate was found! Finally, to the Curator, you should consider making a Nyarlathotep crate (experience or antiquities...as long as a statue is included). :)